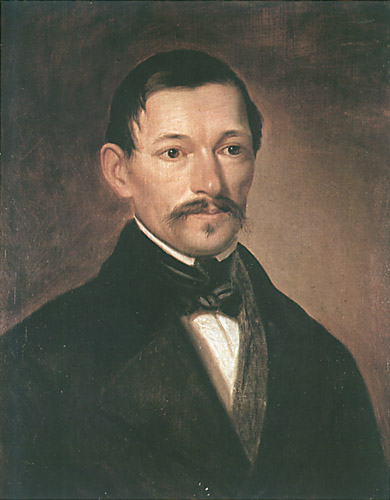 The most important theatre institution in Serbia is Sterijino pozorje (established in 1956 in Novi Sad), in the framework of which the Yugoslav Theatre Festival – a festival of performances created on the basis of the national drama heritage – is held every year. For almost four decades, the performances shown at this festival have made a valuable contribution to the affirmation of Serbian and south Slavonic writers.

The performance Heaven’s Detachment (1956), by two débutants, Aleksandar Obrenovic (1928) and Djordje Lebovic (1928), was the turning-point in the Serbian post-war dramaturgy. It is a soul- stirring story about seven prisoners in the Nazi camp Oswiecim (Auschwitz), who agree to murder their co-sufferers in order to prolong their own lives for three months. The play negated Socialist Realism, revived Realism and courageously opened up discussion about morality and human nature.

In the next decade, theatres began staging the works of the national drama corpus more and more, and the characters and situations in them became psychologically more complex, closer to the problems of modern society. Historical analogies and Aesopian language were used, in order to explain the contemporary social situation and the current historical process. Important moments of that decade were the performances of dramas written by Borislav Mihajlovic (Banovic Strahinja), Velimir Lukic (The Long Life of King Oswald) and Zoran Hristic (Savonarola and His Friends).

A new turning- point was a series of performances of the plays by Aleksandar Popovic (1929). He has radically reexamined the basic normative presuppositions of Aristotle’s dramaturgy. He has placed the language values at the forefront, which then intrusively take control over almost all dramatic expression. In the most successful early stagings of Popovic’s works (Ljubinko and Desanka, The Hundred Loop Stocking, The Pig’s Trot), the producers followed the lead of the writer. Even more successful theatre productions were accomplished by Branko Plesa and Dejan Mijac, in those of Popovic’s plays which offered criticism of social reality (The Development of Boris Tailor, The Spawning of Carp, Rooster without a Tail, Coffee with Cream).

Besides Popovic, the most respectable modern Serbian writers are Ljubomir Simovic (1935) and Dusan Kovacevic (1947). The stagings of the best Simovic’s works (Hasanaginica, The Miracle in Sargan, The Sopalovic Travelling Theatre) revealed his moral sensitivity, the melody and rich quality of his language, and his extraordinary gift for humorous imagination. In his popularity among audiences, Dusan Kovacevic succeeded Branislav Nusic, although he is a playwright who, taking for granted all the virtues of his own people, unsparingly ridicules all their shortcomings, fallacies, baseness and foolishness (The Marathoners’ Victory Lap, The Collection Centre, The Balkan Spy and Saint George Slaying the Dragon).

The activities of Sterijino pozorje have contributed to the international recognition of Serbian playwrights. A great number of Nusic’s plays was performed in the theatres of the Soviet Union (the biggest success was The Cabinet Minister’s Wife, staged in the theatres of 27 cities), the Czech Republic, Poland, Hungary, Bulgaria and other countries. Simovic’s drama The Sopalovic Travelling Theatre was shown in France (Paris), Poland, the Czech Republic and Slovakia. The comedies of Dusan Kovacevic were staged in theatres in Germany (Berlin, Nuernberg, Potsdam), Poland (Warsaw, Cracow), Hungary (Budapest), Great Britain (London), the USA (San Francisco), Ukraine (Kiev), the Czech Republic (Prague) and Slovakia (Bratislava).

Petar Marjanovic
(from the book “The history of Serbian Culture”)